The presentation of church folk singing traditions during the International Folklore Festival for the past two decades has resulted in numerous interesting projects that have continued as performance models after their premiere at the Festival. The most eminent festival to promote these musical traditional values, besides the International Folklore Festival, is the Pasionska baština festival. Several programs that were first performed at the IFF have also found their place in the Pasionska baština festival This year, our aim is to present one of the most successful concerts of Passion traditional music ever to be given at the Pasionska baština.

Passion traditions of the Imotski region was presented at concert in 2003 during the Pasionska baština, under the title Uputi se tužna mati . Thirteen years later (in 2016) an expanded version of concert under the same title was organized for the 25th anniversary of the Pasionska baština. The same concert was performed on several occasions, in 2016 and 2017, through three Lent Sundays.

The concept of the concert has maintained its basic form: juxtaposition of urban and rural Lenten traditions of the Imotski region – those of the Our Lady of Angels choir and the kantanje singing. On the other hand, unlike in the first concert, the performers now come from different villages

(kantanje singers – Grubine, Zmijavci, Slivno) with the addition of singing traditions from marginal mountainous regions of Studenci and Western Herzegovina (Gorica-Sovići). An exceptional moment of the performance will once again be the scenes from the Passion play The Passion of Our Lord Jesus Christ . The play has been performed in Imotski on Palm Sunday for the past two decades in an increasingly spectacular production with numerous volunteers, amateur actors.

One of the reasons why the Imotski region joined the International Folklore Festival this year is the commemoration of the 300th anniversary of the region’s liberation from Ottoman rule. The end of Ottoman dominion, the formation of a new border between Venice and the Ottoman Empire, the return of Franciscan Friars and a number of other events from the late 17th and early 18th centuries left their permanent marks on the Imotski region and significantly influenced its future development. It was a time when the Bishop of Makarska Nikola Bijanković promoted the organization of processions in the newly liberated territories. Franciscan Vjeko Vrčić wrote about the evening procession of the Blessed Sacrament in Imotski that was established by Bijanković during a plague epidemice that inflicted the region. The Flagellants, public penitents dressed in black who walked barefoot carrying heavy stones in hollow crosses, are some of the recognizable relics of the time (the hollow cross is still present in the cross carrying rite [the character of Simon of Cyrene] in the Vrgorac region, the Neretva Valley and in some locales of the Pelješac Penninsula). They bear witness to the continuity of ritual practices that incorporate singing. Vrčić further states that penitent songs are sang in Imotski: …large groups of men divided into two choirs sing Puče moj and Smiluj se meni, Bože; he also mentions a morning procession that fell into oblivion during the communist regime.

There is another recognizable element that is emphasized by music and that is very noticeable during the concert. This is the dual relationship between the town of Imotski that took in immigrants from the coast and the rest of the Venetian Republic after liberation and developed into a small, but significant urban center of the region and the remaining rural areas inhabited by Dinaric people. With the urban lifestyle, the town folk of Imotski cultivated urban Dalmatian polyphony typical for coastal areas and islands. The singing developed by the inhabitants of Imotski was founded on European urban culture and has a pronounced Mediterranean tonal provenance that brings to mind the singing tradition of coastal towns (Omiš, Makarska, Split) with which the inhabitants of Imotski are in constant contact. Very active Franciscan Friars contributed to this by passing on their musical knowledge to the population and developing it further. The rural Dinaric inhabitants of mountainous parishes and those parishes near the fields of the region, cultivated the custom of devotional processions on Good Friday (extra-liturgical processions commemorating the passion and resurrection of Jesus), but the singing in these processions has to this day remained very different from their neighboring urban counterparts. The musical phenomenon of Our Lady’s Wails, the music of Lent that in the villages of Imotski and Vrgorac regions culminates in the processions on Good Friday, is mostly called kantanje. This musical phenomenon deserves special attention from Croatian public, and that is why the text that follows is also intended for those whose job it is to make sure that kantanje is included in the Register of Cultural Assets of Croatia in this jubilee year. 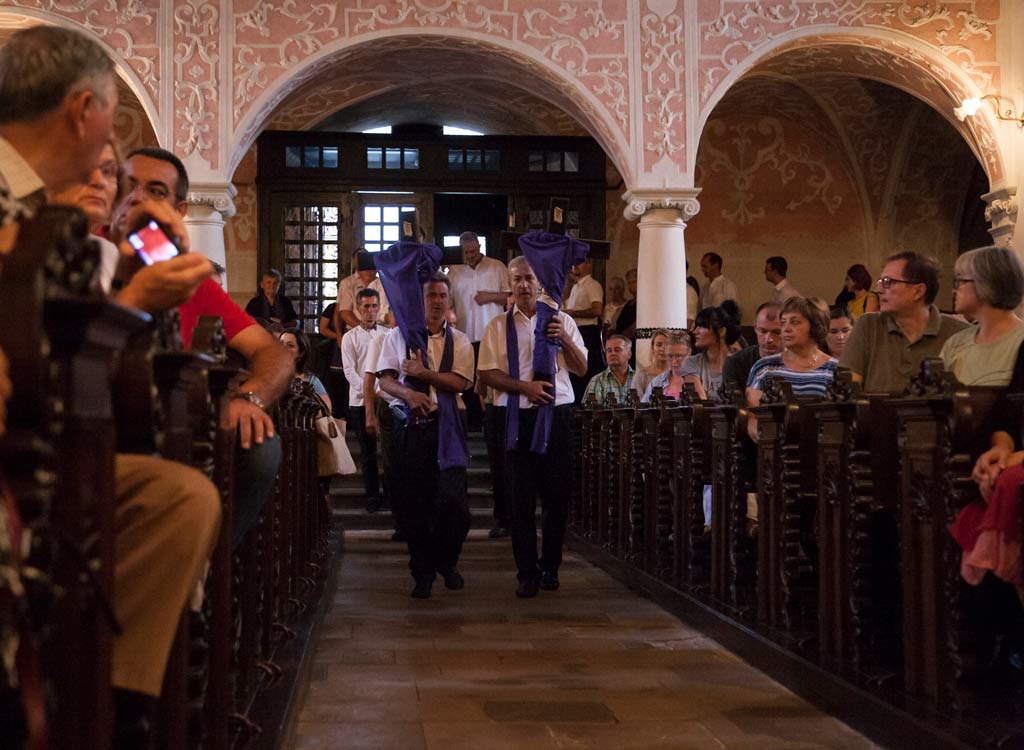 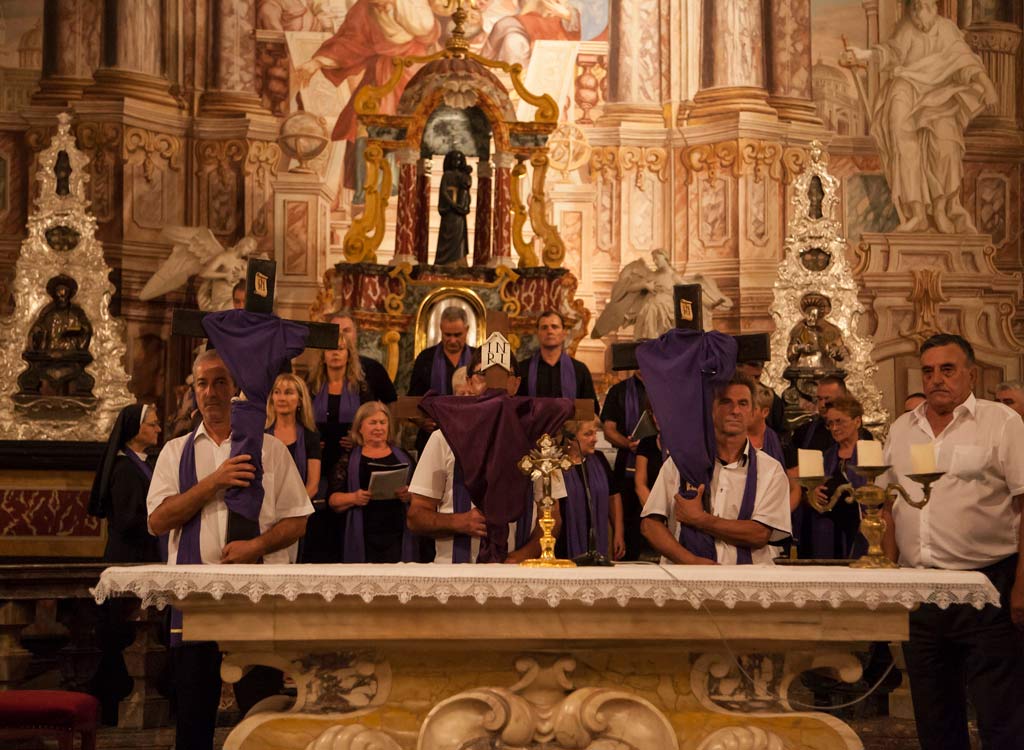 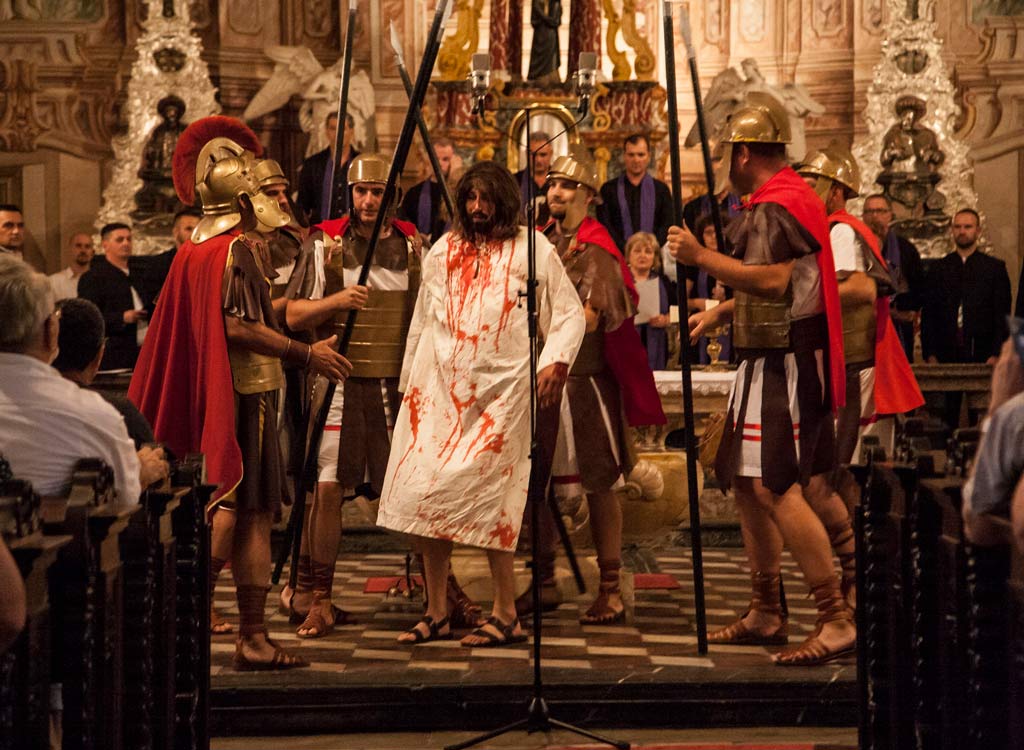 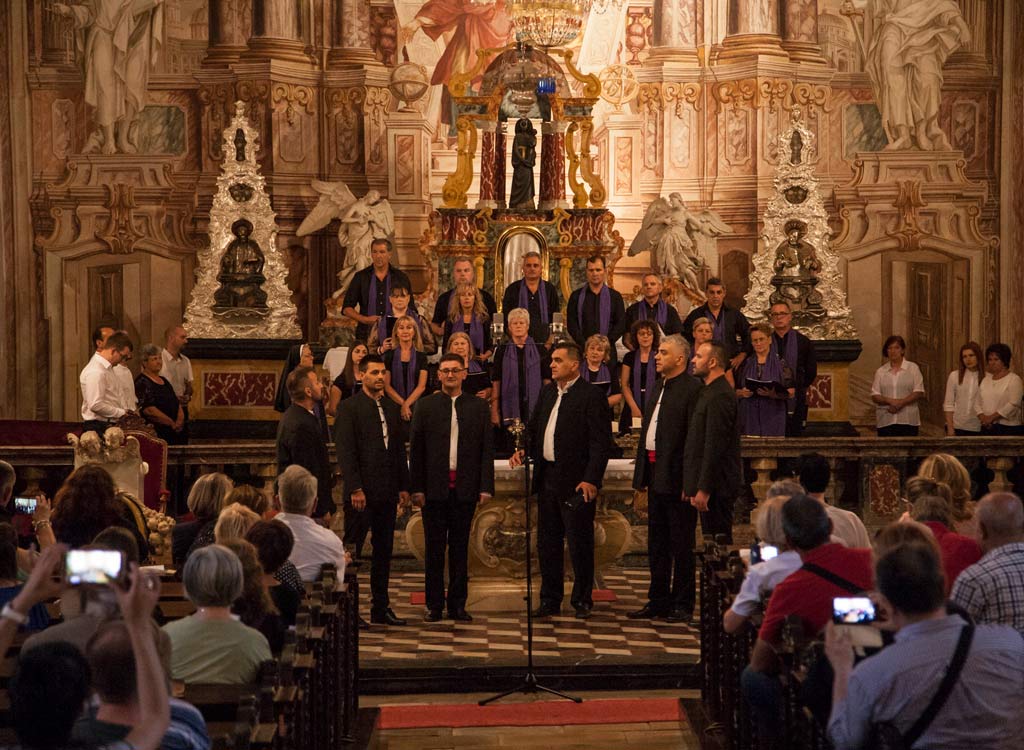